You have probably realized that I don’t talk about cooking very much and that’s because I don’t do very much cooking. Dan likes to cook and I like to quilt and it seems to work out just fine. Every once in a while, I get into a cooking mood and last night was one of those times. We had a boat-load of fresh veggies leftover from Christmas Day and I wanted to make stirfry. 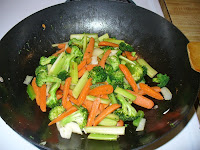 Looks pretty good so far, don’t you think. It turned out well and we enjoyed it. OK, enough of that cooking stuff and on to the sewing room.

I had a very productive night in there last night. I finisded sewing the borders on the breast cancer quilt so I can start the quilting this afternoon. 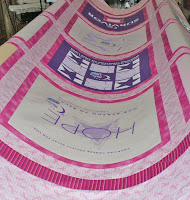 I got a good start on Andrew’s I-spy quilt. I would really like to give this to him as a big brother gift when the new baby is born, which will be on Friday, January 2nd. But he will be at Jack and Jerri’s (his other grandparents) house for a few days, so I don’t think I need to have it done by Friday. 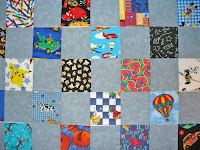 Hmmm.. stir fry sounds good! You now Eian still loves his I Spy quilt so I'm sure Andrew will love it! 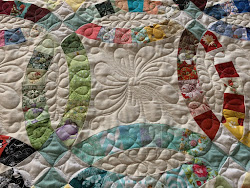